Today I wanted to showcase some more fun facts about another one of my favorite authors, Charlotte Bronte. She is the author of the amazing Jane Eyre, as well as other amazing works. When I read Jane Eyre, I fell in love with the story telling and of course the brooding Mr. Rochester. I honestly don’t know a lot about Charlotte’s life, and wanted to find some facts to share with you today, so we can all learn about this amazing author together. 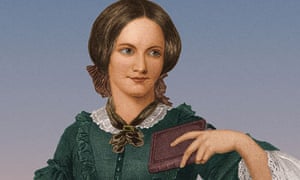