We have almost made it to the end of the week. I decided that today I was going to do another author facts blog to add to the one’s I have done so far. I chose Anne Frank, because her dream was to become an author, and unfortunately she didn’t get to see her dream come true, when her diary was published. I believe that she needs to be recognized as an author, and her diary is read any many schools still. There have been movies made about her and her family hiding from the Nazi’s, and people have published biographies about her. I wanted to bring some facts about her into light, because a lot of people may not know that much about her, and I hope that this list will correct that.

Let’s get a glimpse into the life of Anne Frank:

I hope you have learned something new about Anne Frank from the above list that you already didn’t know. If you haven’t read Anne Frank: The Diary of a Young Girl you need to, because it is a part of history that shouldn’t be forgotten. I will leave you with a quote by Anne Frank. 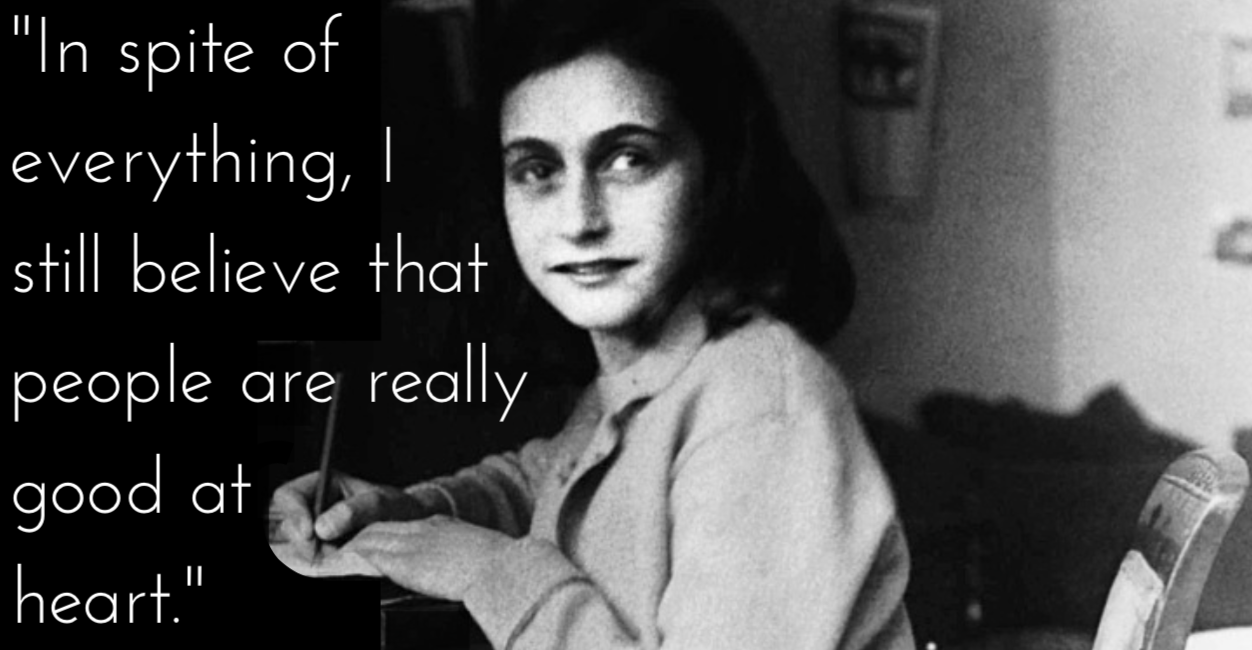