Well we have reached the middle of another week, and I don’t know about you but the Texas summer is a hot one this year. I’m glad I work indoors and have air conditioning, because the humidity will kill you. Today I decided to review a book that had action, adventure, magic, betrayal, and takes you on an emotional journey. The 7th Relic by L. Filloon, will take you on a roller coaster ride that you will want to go on over and over again.

“The Ranch, an arcane institute for “hired security,” is attacked by Jleroh, the Blue Demon who is after the relic. An orphan, Grace discovers she is the temporary Bearer of the Seventh Relic…by default. She finds herself lost and alone in the Bay Area, chased by a horde of demons called the Skytes. Jleroh’s own personal army.

Andrew Teo is called back to retrieve the relic and return it to Kalorii for the Rising of Karas, the Sun God. But when he arrives he finds the Ranch deserted and burned to the ground. As the Bearer of the first six relics he must bring all seven back to his realm or there will be no sun for another millennia. When he discovers that Grace has the relic and is somewhere in the city he and his companions go on a search for the missing carrier.

Andrew is not looking forward to seeing Grace again. For on the road back to Kalorii, Andrew will struggle to keep Grace at arm’s length, despite being in love with her since childhood. As her own feelings for him awaken, she weakens his effort to keep her at bay as time runs out. To save his realm, and maybe himself, the Seventh Relic is not the only thing Andrew needs, but Grace herself.

The fight for the Light will bring them together, but an ancient prophesy will keep them forever apart.”

There is nothing better than a forbidden love that throws in magic, adventure, fighting, and demons. I first discovered L. Filloon when she contacted me and asked me to review her book The Binding and I have been a fan of her writing ever since. L. Filloon has the uncanny ability to make you see mystical creatures in a whole new light, and actually makes them more cooler than we thought. This book will take you on an emotional journey, and will leave you wanting more. If you love magic, demons, mystical creatures, a Romeo and Juliet type of story, or just looking for a good fun read, than this book is for you!

Go on a magical adventure my dearies! 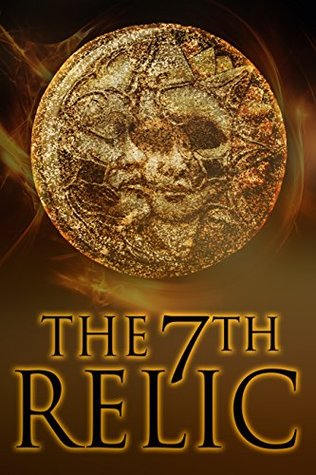 2 thoughts on “The 7th Relic Review”