I hope everyone’s week has been going good so far! Today I am going to be reviewing a dystopian novel that has so much going on that it will leave you breathless. World of Shell and Bone by Adriana Ryan, is a dystopian more geared towards adults but it is such an amazing, sadly beautiful concept.

“In a world ravaged by a nuclear holocaust, Vika Cannon knows there are no guarantees: no guarantees of safety, no guarantees that your neighbor is not actually a spy for the government, and no guarantees you’ll be allowed to emigrate to a new life in China.

New Amana is dying. Food and water are scarce, and people suffering from radiation-caused mutations–the Nukeheads–are the new class of homeless.

Vika has just one purpose: to produce healthy progeny using a Husband assigned by the Match Clinic. Unhealthy children are carted away to Asylums to be experimented on, just as Vika’s little sister Ceres was, eight years ago. Parents incapable of producing healthy progeny are put to death in gas chambers.

When she’s assigned a Husband shortly after her twentieth birthday, Vika expects him to be complacent and obedient. But Shale Underwood has a secret. He is a member of the Radicals, the terrorist group intent on overthrowing the government. And Shale has information about Ceres.

As she learns more about the Rads’s plan, Vika finds herself drawn to Shale in ways she’d never imagined. When freedom calls in the way of a healthy pregnancy, will she betray her government and risk death for Shale and Ceres?”

See what I was saying when I said this book has a lot going on? Adriana created a world that brings a lot of things together to create this world that could honestly happen in today’s day and age, which makes it scary. It actually did happen in Germany years ago, but with the way things are going now, we could unfortunately find ourselves on the same path. When I read this book I was instantly captivated by this world and the characters that this author created. I hope you will give this book a chance, and that you as well will be captivated by this amazing work of art.

Go on a dystopian journey that has never been seen before my dear survivors. 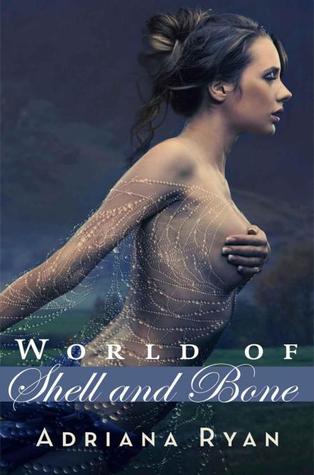