I hope everyone had a wonderful weekend! We have officially reached the week of Halloween and I couldn’t be more excited! Today I am going to be doing a review of The Fire King by Amber Jaeger. This is a wild action packed adventure that will leave you breathless and wanting more!

“From the author of The Cold King comes a dark tale of passion, vengeance and redemption.

Revenge can be its own poison…

Katiyana Nix was a princess but only wanted what every other little girl had—a mother to love and teach her and a father to care for her. Instead, she grew up lonely in the shadow of her mother’s death while her father was absent in his grief.

When she finally thought she’d found hope for herself and her father, it was in the form of her beautiful new stepmother. But Sula committed the most evil of betrayals, leaving Katiyana more lost than she had ever been. Alone and scared, she fled to the forest to live amongst the trees with other lost souls searching for their own safety.

When she crosses paths with the fiery King Lian, a man whose thirst for revenge against the evil queen has no end, her time of quiet peace is ended. His anger untamed, he aims to use the lost princess as a weapon to achieve his dark goals.

Katiyana must battle her own demons, as well as his, while she tries to save him from himself and her kingdom from the clutches of her stepmother.

Can she succeed in ridding the world of the evil queen or will Lian’s temper cause them all to burn?”

This book had it all, action, adventure, romance, and one fierce Princess who stands up for herself at every turn. I love stories where the female characters are portrayed as strong and capable of taking care of themselves. Amber takes this story and immerses the reader into a new adventure that will leave you breathless and wanting more. The second I started reading this book I was so enthralled that I didn’t want to put it down. It is like nothing you have ever read before, and when you are done you will be wanting more!

Go on an adventure with a fierce Princess as she tries to save the Fire King and find her own destiny! 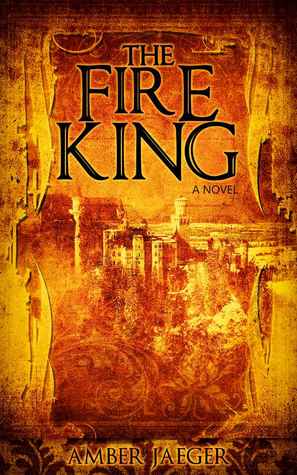