I hope everyone had a great weekend and enjoyed the extra hour of sleep! My weekend was spent trying to keep warm. Today I decided to review a book that is a little different than what I normally review. 12 Rounds by Lauren Hammond, is a well mixed book with boxing and romance.

“Sean (Right-Hook) Reilly knows a few things about himself. One, he’s the middle-weight boxing champion of the world with an undefeated record. Two, women find his cocky persona, chiseled biceps, and inked body sexy. Also, the fact that it’s known that he doesn’t do relationships only adds to his sex appeal. And three, he’s Irish, proud of it, and a member of the Braithreachas Don Saol, a branch of the Irish mafia and king pins of the drug cartel taking over the streets of Cleveland.

Connor Doyle(aka Connie) the boss and leader of the Braithreachas Don Saol, has been like a father to Sean, taking him under his wing and teaching him how to survive on the streets after the death of his parents. Sean has never been ungrateful, but has always wanted one thing…

Hadlee Flax has had a year to overcome her issues. After almost being raped and brutalized, she’s putting her best foot forward, seeing a therapist, and has even(with some persuasion from her best friend, Lara) enrolled in self defense classes. And she’s doing well moving on with her life until she meets the dark, and conflicted Irish boxing champion of the world, Sean Reilly.

Hadlee is immediately drawn to the gorgeous, cold, and mysterious man who speaks with a slight Irish brogue. She soon learns that there is much more to him than his darkened gaze, cool demeanor, and body covered in tattoos. He’s not the type of man she thought he was. And Hadlee finds herself doing something she never thought she would do in the last year…

Falling for a guy.

Falling for Sean Reilly. A man who is on the path to becoming a boxing legend.

One thing Hadlee doesn’t know is the other part of Seans’ life. His life of drug running, and killing. Or the fact that when he’s not boxing he’s walking the streets with a gat tucked into the back of his loose jeans, and glancing over his shoulder at every turn.

But it doesn’t take Hadlee long to learn that some attractions and relationships can be fatal.

As you can tell from the book description, this is a little more on the adult side with triggers in the book. However, if this is not a trigger for you, and the description is interesting to you, than you need to pick up a copy of this book as soon as possible. Lauren draws the reader into the underground world, where you will fall in love with the characters, the story, and won’t be able to put it down until the end. I absolutely loved this book, and I hope that you will too!

Go into the world of boxing, and find yourself falling for the sport and the characters! 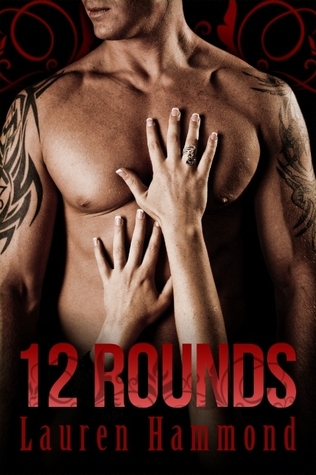